The very fundamental principles of digital and wireless communications reveal that the provision of ubiquitous super-connectivity in the global scale – i.e., beyond indoors, dense downtown or campus-type areas – is infeasible with the legacy terrestrial network architecture as this would require prohibitively expensive gross over-provisioning. The problem will only exacerbate with even more demanding use-cases of 2030s such as UAVs requiring connectivity (ex: delivery drones), thus the 3D super-connectivity.

In the envisioned VHetNet architecture, the HAPS systems constitute arguably the most promising tier. For more information on HAPS systems, please refer to the below papers under review:

Bio: Dr. Halim Yanikomeroglu is a Professor in the Department of Systems and Computer Engineering at Carleton University, Canada. His extensive collaboration with industry on 4G & 5G wireless technologies resulted in 37 granted patents. During 2012-2016, he led one of the largest academic-industrial collaborative research programs on pre-standards 5G wireless. In Summer 2019, he started a new large-scale project on the 6G wireless network architecture. He supervised 26 PhD students (all completed with theses). He is a Fellow of IEEE, EIC (Engineering Institute of Canada), and CAE (Canadian Academy of Engineering), and a Distinguished Speaker for both IEEE Communications Society and IEEE Vehicular Technology Society. He served as the General Chair and Technical Program Chair of several major IEEE conferences; he also served in the Editorial Boards of several IEEE periodicals. He served as the Chair of IEEE Technical Committee on Personal Communications, and he is currently chairing the Steering Committee of IEEE’s flagship Wireless Communications and Networking Conference (WCNC). Dr. Yanikomeroglu received several awards for his research, teaching, and service, including the IEEE Wireless Communications Technical Committee Recognition Award in 2018 and the IEEE Vehicular Technology Society Stuart Meyer Memorial Award in 2020.

Ultra low delays due to fundamental restrictions on the speed of propagation of light lead to decentralization of the network and create preconditions for the decentralization of the economy. If the delay is limited to a value of, for example, 1ms, taking into account the application of this value to the two-way delay and assuming the use of modern high-bandwidth systems as transmission systems, the network range for providing, for example, Tactile Internet services is limited to about 50 km. This means that the operator's resources (for example, data centers) in communication networks with ultra low latency should be located, if possible, in the center of a circle with a radius of 50 km. This is the decentralization of the network. The Russian Federation will need at least 6-8 thousand data processing centers installed, including in district centers. Naturally, along with it, the economy will decentralize by reducing the digital divide between different territories, which is one of the main tasks of building the state's digital economy. This process will already begin with the introduction of sixth generation telecommunication networks.

One of the most important applications for 2030 networks is the widespread use and distribution of avatars and human holographic copies to reproduce and perform the actions of the person who controls them (telepresence). These networks should effectively reduce the digital device between territories, as well as effectively resist pandemic-like phenomena through telepresence services. 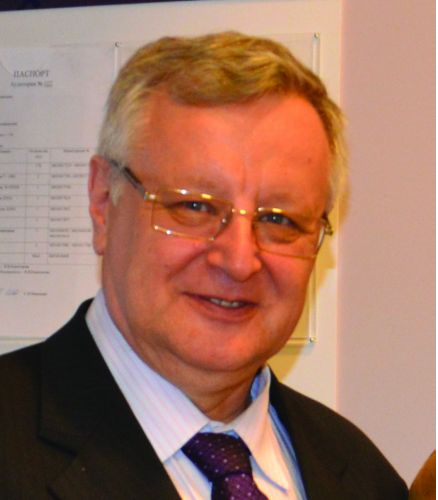 Andrey Koucheryavy
SG11 Chairman, SPbSUT/NIIR
​
After graduating from Leningrad University of Telecommunications in 1974, A. Koucheryavy joined Telecommunication Research Institute LONIIS, where he worked till October 2003 (from 1986 to 2003 as the First Deputy Director). Dr. A. Koucheryavy holds Professor position at the Bonch-Bruevich St. Petersburg State University of Telecommunications (SUT) since 1998. There, in 2011 he became a Chaired Professor in “Telecommunication Networks and data transmission” department. Dr. A.Koucheryavy was an advisor of the Central Science Research Telecommunication Institute (ZNIIS) from 2003 to 2010. Co-founder of the International Teletraffic Seminar (1993, 1995, 1998, 2002); founder of the model network for digital networks at LONIIS (1997); co-founder of the model network for packet networks at ZNIIS (2004); co-founder of the Internet of Things Laboratory (2012) and Quality of Experience and IPTV Laboratory (2014) at SUT. Chair of the Scientific school on teletraffic theory in LONIIS (1990 – 2003); Founder and scientific school chair “Internet of Things and self-organizing networks” in SUT (2010 up to now); Steering committee member of IEEE technically co-sponsored series of conferences ICACT, NEW2AN and ICFNDS, Chair of ICACT 2020 International Steering Committee. SG11 ITU-T vice-chairman 2005 – 2008, 2009 – 2012. WP3/WP4 SG11 chairman 2006 – 2012, WP4 SG11 vice-chairman 2015-2016, Chairman of SG11 in Study period 2017-2020. Co-founder of International Testing Center for new telecommunications technologies at ZNIIS under ITU-D competence. Host and technical program committee member of the “Kaleidoscope 2014” at SUT. Honorary member of Popov’s society (2002).

FlexNGIA -  Towards the Cloudification of the Internet

Virtual reality and teleportation, to telepresence, augmented reality, and remotely‑controlled robotics are future applications that are bound to achieve unprecedented development for society, economics and culture and to revolutionize the way we live, learn, work and play. Unfortunately, today’s Internet is simply not able to provide the stringent performance requirements needed by such applications to run smoothly and to offer a perfect quality of experience. This is due to several fundamental limitations in the design of the current network architecture and communication protocols. As a result, it is now the time to put into question the tenets of today’s Internet and think novel architecture and protocols that take into account recent technological advances in cloud computing, virtualization and network softwarization to design the future Tactile Internet.

In this talk, we start by analyzing the characteristics and requirements of future networking applications and highlight the limitations of the today’s Internet architecture and protocols. We then provide an overview of FlexNGIA, a Flexible Next-Generation Internet Architecture that leverages cloud computing infrastructures, services and technologies as the keystone of the future Internet providing high performance and fully flexibility for future Internet applications and services. We also discuss through some use-cases how FlexNGIA could ensure the performance guarantees required by some of the future network applications. 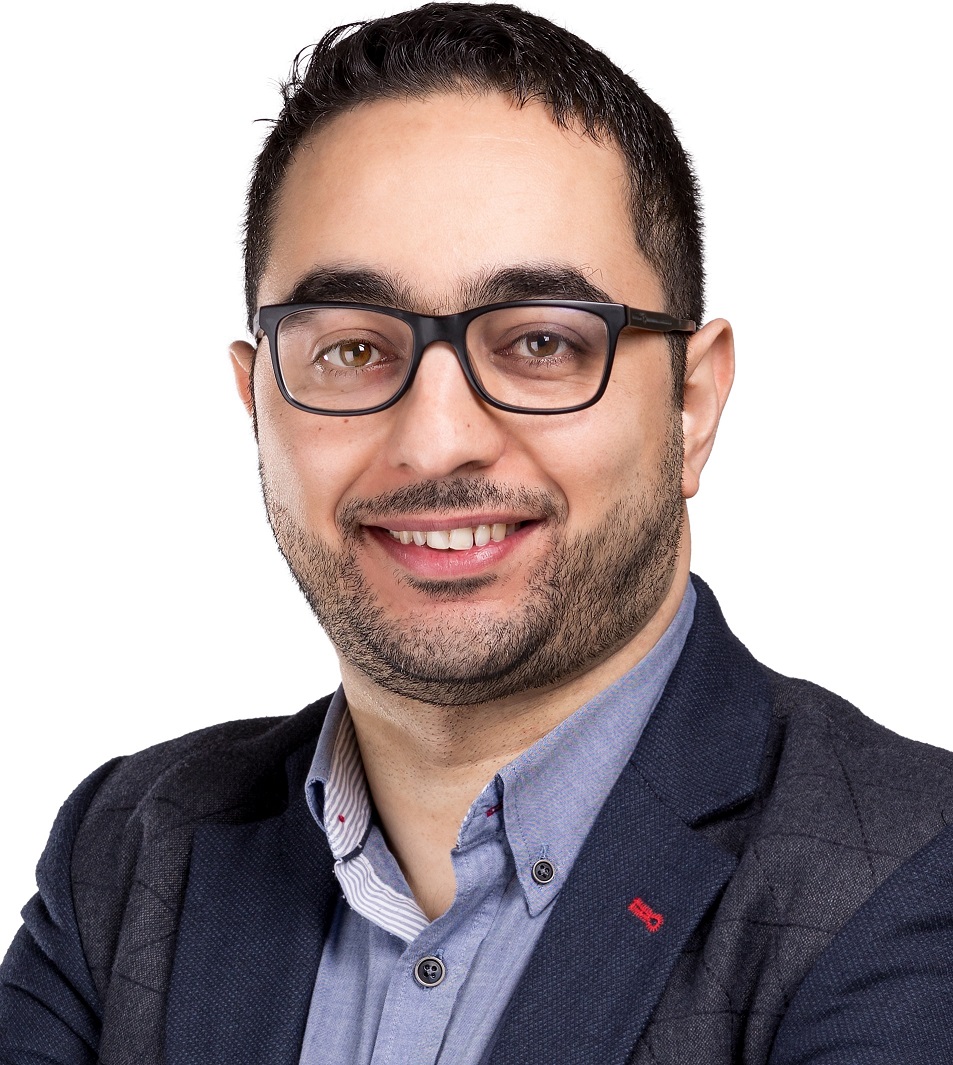 Mohamed Faten Zhani is an associate professor with the department of software and IT engineering at l’École de Technologie Supérieure (ÉTS Montreal) in Canada. His research interests include cloud computing, network function virtualization, software-defined networking and resource management in large-scale distributed systems. Faten has co‑authored several book chapters and research papers published in renowned conferences and journals including IEEE/IFIP/ACM CNSM, IEEE/IFIP IM/NOMS, IEEE INFOCOM, IEEE transactions on cloud computing and IEEE Journal on Selected Areas in Communications (JSAC).  He served as the general or technical program chair of several international workshops and conferences. He is also co-editor of the IEEE Communications Magazine series on Network Softwarization and Management, associate editor of the IEEE Transactions of Network and Service Management, Wiley international journal of network management, and managing editor of the IEEE softwarization newsletter. He is co‑founder and vice-chair of the IEEE Network Intelligence Emerging Technology Initiative and a cluster lead at the IEEE P1916.1 SDN/NFV Performance standard group. Faten recently received the IEEE/IFIP IM 2017 Young Researchers and Professionals Award as a recognition for outstanding research contribution and leadership in the field of network and service management. More details are available on his web page.